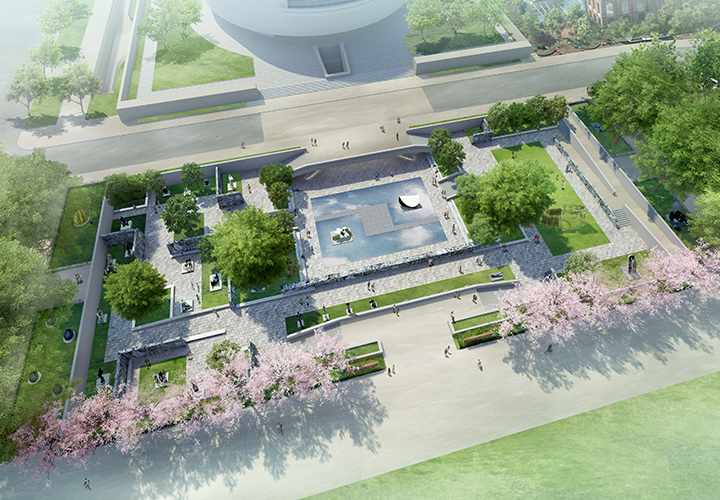 YUN Architecture is proud to be part of the team of architects tasked to revitalize the Hirshhorn Museum’s sculpture garden for the 21st Century.
The project was announced to the public in a Washington Post article on March 11, 2019.